skip to main | skip to sidebar

What I Did On My Holidays

I triumphantly zipped my suitcase shut and gazed adoringly at the positively shite Irish sky outside my window.
'Yessss'
In one week I would return to my grey homeland, bronzed, sizzling, gorgeous and giggling coquettishly at all my mischievous & marvellous stories from my holiday in Magaluf.
One week later, and here I lie. Sniffing, coughing, and unable to talk properly and as fake tanned as ever before. I have three stories for you to explain this. Here's the first: 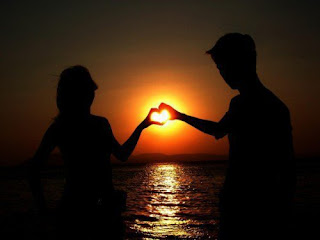 Email ThisBlogThis!Share to TwitterShare to FacebookShare to Pinterest
Labels: home and away embarrassing holiday stories sex on the beach tommy tiernan did ya ever rape someone in love with scottish accents

Why I Will Never Watch DreamGirls Again.


*JOINK*
^That's the way I would describe the jolt of me being yanked back into my seat by my seat belt as the car screeched to a halt. I sheepishly looked around at my very, very unimpressed passengers. I doubted anyone wanted to discuss the high quality breaking system of my Mini.
'Saucy....'
'I know guys.'
'For fucks sake like.'
'Lads, I'm sorry, I...'
'Are you really going to kill yourself for a bird??'
I went to answer, but there was no reply to that really. Firstly, because I knew I was clearly wrong to swerve to avoid a bird. And secondly because of the tremendous fear that I might laugh in my friends faces. As angry as they were, it couldn't distract from how hilarious they all looked: hair askew, red faced and flecked in rogue milkshake which had escaped to seemingly everywhere except on me. I looked back onto the road where the Blue Tit was nonchalantly strolling across the road. Happy as a clam. Great name for a winged animal who decides to risk life and limb walking across a busy primary road, if you ask me. But that was besides the point. Shamefaced, I reversed out of the ditch.
'Saucy like, you really, really need to get over this bird thing......' 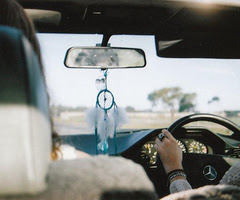 I really enjoy driving. For one reason in particular. I'm a bit of a frustrated singer. I like to think I have the stage presence to fill an arena (and we all know I have the charm! Right? Right?) but.... I kind of lack the voice. I'm a bit of an Amanda Brunker, for all the world. Thanks to the popularity of hands free phones, I can now belt out the soundtrack of 'DreamGirls' in the comfort of my own vehicle without fear of ridicule, while pretending I'm passionately yelling at someone on the phone to other drivers. It's very soothing.
It was a very sunny day, and I was driving to work. I'm a much more efficient worker if I can knock out a power ballad or two on the commute. This day was particularly great because it was early and there was hardly anyone on the road. 'Marvellous,' I thought, with a dramatic whisper: 'the stage is yours.....'
My iPod was on shuffle and it wasn't long until I heard my home girl warbling through my car:
'♫ 'Liiiissteeeeen.....'' ♫
This is unsurprising. It's a scientific fact that you can flick through my iPod for 5 songs, max, before you come across a Beyonce song. I'm one of those freaks who thinks that if Beyonce and I met, yeah, we'd probably be BBFL.
My eyes widened in delight. I assumed my diva posture and bore my best 'I have been love-scorned' facial expression and launched into what was the most powerful, heartfelt and beautiful version you've all never heard. I was growling in the deep bits, I was flicking my hair, punching the air, hitting all the notes and THEN some baby.
♫♫''WoooAAAAAH LIIIIIIISTEN! I AM ALONE! AT A CROSSROADS!'' ♫♫♫
Oh to have driven to an actual crossroads at that point. 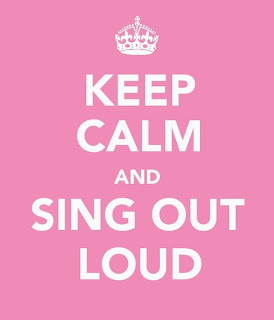 Then things took an extremely unprecedented turn for the disastrous.
I was at the deepest level of singing, we're talking head wiggling, even dare I say it, a finger wiggle, one hand on the wheel, totally working it....
♫''IF YOU DOOOOOOOOON'T..........'' ♫♫
I spotted a big, white THING coming towards me at great speed from the left hand side of the road. I swerved slightly to the right subconsciously, and, probably for the same reason, continued to sing...
♫♫''IF YOU WOOOOOOOOOOoooOOoOOoOOooooooN'T....''♫♫♫
Disaster! I warbled on the 'wooon't' much too long and ended up on the right hand side of the road. Startled by this new revelation, I swerved back into the left lane, trying to do so efficiently enough that I was adequately holding enough breath in preparation for the next....
♫''LIIIIISTEEEEEEEEE-------'' S M A C K
Something hit the car - hard. With such force, that the car actually skidded to the right a bit. As soon as I heard the thump I realised forever too late, that I had forgotten about the mysterious big white thing in my rush to make the high note. I skidded into the hard shoulder and stopped hard. For a second, I was oblivious to everything. Kind of like when you wake up after that night out, and think it's just a normal day.... then a moment later you remember exactly what you did last night, and that Head-lice Harry is  lying beside you. That happened to me. Only a moment passed and I realise what definitely just happened....
I suddenly became aware that what looked like hundreds, and hundreds of feathers had exploded around the car, and were falling all around me softly. Oh no. Oh no no no no no.
Something in the corner of my windshield caught my eye and my stomach dropped. I stared in horror at a silhouette which had formed in my dusty windshield. It was quite obviously the shape of a very large bird....and beneath it, an ominous trail of bird poop. Well, I just exploded.
'YOU FUCKING MONSTER!!!! THE BIRD! IT'S DEAD! DEAAAAAD! YOU KILLED IT! YOU KILLED IT, YOU MALICIOUS BEAST! IT WAS SO SCARED!....''
♫ ''YOU DON'T KNOW WHAT I'M FEELIN!''' ♫
IT POOPED ITSELF! IN TERROR! TERROR OF YOU, AND YOUR TERROR-MACHINE! DRIVING AROUND, BEING TERRIBLE!''.....
^A brief extract, ladies and gentlemen of the soliloquy in my head as I screamed out tears in what was easily the most cinematic/creepiest moment of my life. You can imagine the baffled commuters who were travelling to work on this notoriously busy road, slowing down to see the red faced girl crying her eyes out and screaming inconsolably with hundreds of feathers falling around her car as the bass line from 'Listen' still thumps out proudly from her car. Every now and then I'd become aware of their awkward stares and in an attempt to assure them everything was fine, through my tears I'd give them what was surely the most disturbing thumbs up they had ever received in their lives. 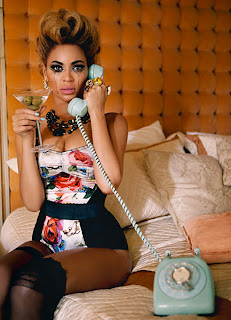 As I blubbed and gasped and sobbed and choked, punctuated by the occassional 'oh my god, OH MY GOD!' & 'whyAmISuchAMonsteeeerrrrr!',  I could see a hazy image in my rear view mirror through the 3 litres of tears clouding my eyeballs. It silenced my tears for three seconds before I screamed out like a Tyrannosaurus once more and cried for several more minutes.
I could see a seagull lying a few hundred yards behind my car, flapping in agony. Next time you go to the seaside just have a look around. Seagulls are a very sizeable bird. They could take a turkey for sure. Objectively speaking, my car came off surprisingly well from the collision. But that was not my main concern. Now I was in the predicament that every time I sat there wailing, I was either looking forward and the forboding silhouette on my windshield, or the horrific image in my rear view mirror. Every time I closed my eyes I imagined 3 baby seagulls sitting in a nest, blinking hopefully and half heartedly assuring each other that ''daddy would be home soon....''
I was beyond late for work by the time I had stopped convulsing with tears. I decided I needed to see to this animal. Do not ask me what I thought I could do to rectify the situation, but sitting in the car certainly wasn't working. I staggered out of the car like Cillian Murphey in a hospital gown in 28 Days Later. I got about 10 metres from the bird. Cried again. The bird -I won't put this delicately- was absolutely fecked. The realization dawned on me. I sighed and nodded to myself between my glugs of tears and slumped pathetically back to my car. I got back in. Beyonce was still beseeching me to LISSTEEEEEN! I had naively put the song on repeat expecting a jovial singsong session to work. ♫
♫ 'I AIN'T AT HOME, IN MY OWN HOOOOOME' ♫
I started the car. The thought crossed me that I shouldn't be driving in this condition. But then the crazy bitch in me decided ''WHY NOT! IT'S NOT LIKE I'M GOING TO KILL ANYTHING ELSE...'' (que more crying.)
♫'AND I TRIED AND TRIED! TO SAY WHAT'S ON MY MIND....' ♫♫
I took a deep breath and sniffed heavily. In a gangster kind of way, so I like to think.
♫♫'YOU SHOULD HAVE KNOOOOOOWN....''♫
I then put the car into reverse, and floored it.
Well, what would you have suggested I do???
The animal was clearly brain damaged from my cruel bludgeoning.
And that's pretty much why I swerve for birds.
Don't really wanna talk about it.
The Saucy Cow
xxx
Posted by Ellen Coyne at 11:31 AM 3 comments: Links to this post

Have a look at my other, (hopefully) more serious blog, here

All pics from Weheartit